A new addition is coming to a popular photo stop on the front lawn of a Winnipeg family.

Looking for ways as a family to avoid watching an overabundance of television, Dave Robinson began planning out an ice castle wall.

Dave and his adult son Stephen began forming the ice blocks in November, including allowing some to melt in the family's front entrance, thankfully not melting Dave's wife Corrine's patience at the same time.

"It was a little warm to make ice but we figured out some ways to make the ice and we got better at it," Dave says about the project's early stages.

The eight-foot-tall, 40-foot-wide structure was put together on the Algonquin Avenue home's front lawn by New Year's. The pair added lights and a 2021 sign on top. Dave says it took nine hours to set it all up.

"People are coming by during the day, but it looks so much better at night when everything is all lit up."

Dave is glad to see people slow down and look at the ice wall, with many people stopping for pictures.

"People are stopping to say 'hey thanks. You're bringing some joy into the neighbourhood," he says. "Everything is negative and this is positive."

The family will be adding a new feature to the wall this weekend: a nine-foot-tall Christmas tree.

"I am not scared of failure so if it doesn't work it's fine. If it works it is going to look pretty spectacular."

Dave says the best time to see the wall is at night after the sun goes down to get the full effect of the lights.

The family is hoping to turn the wall into an event for charity next year when gatherings are permitted. 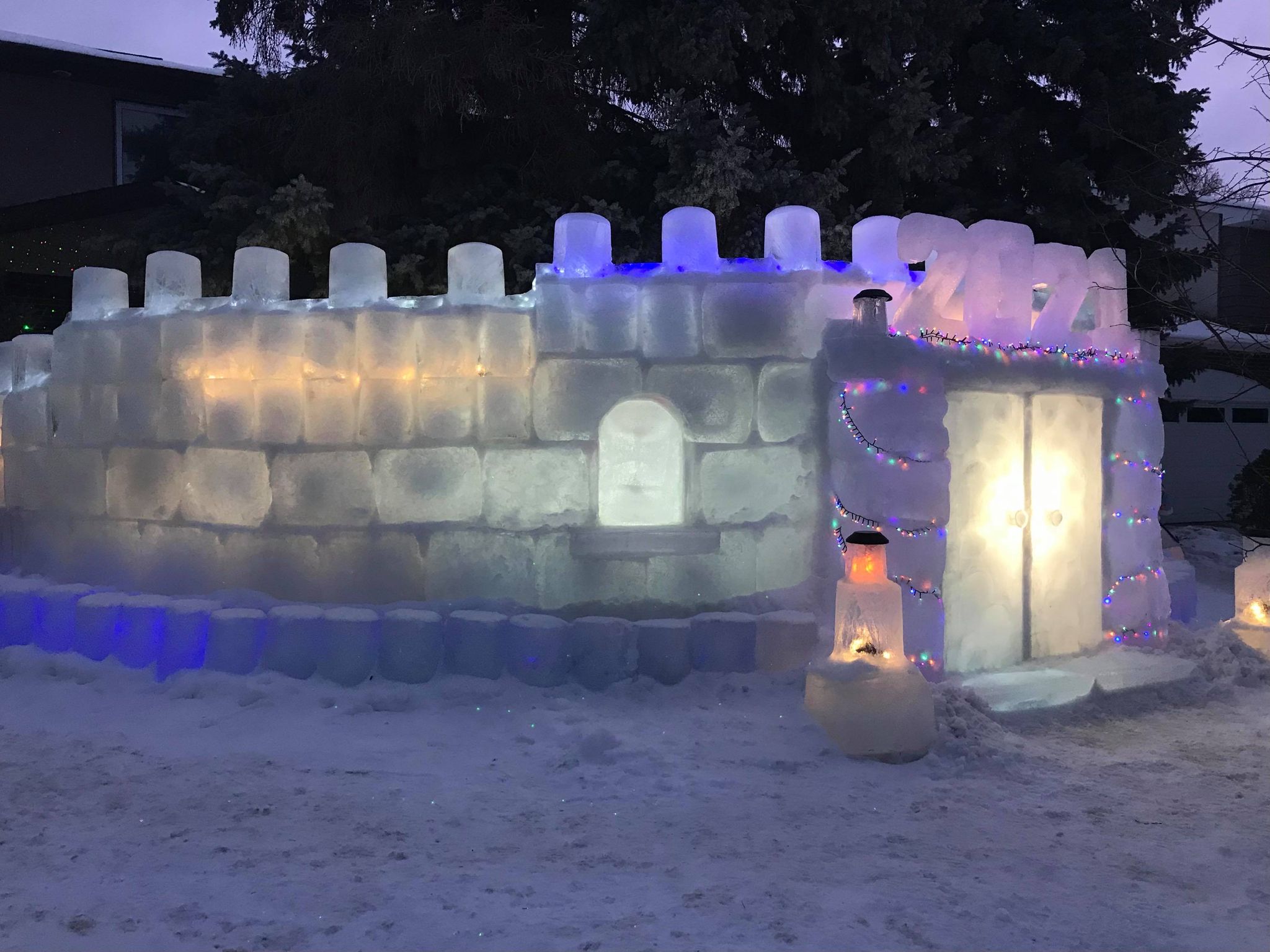 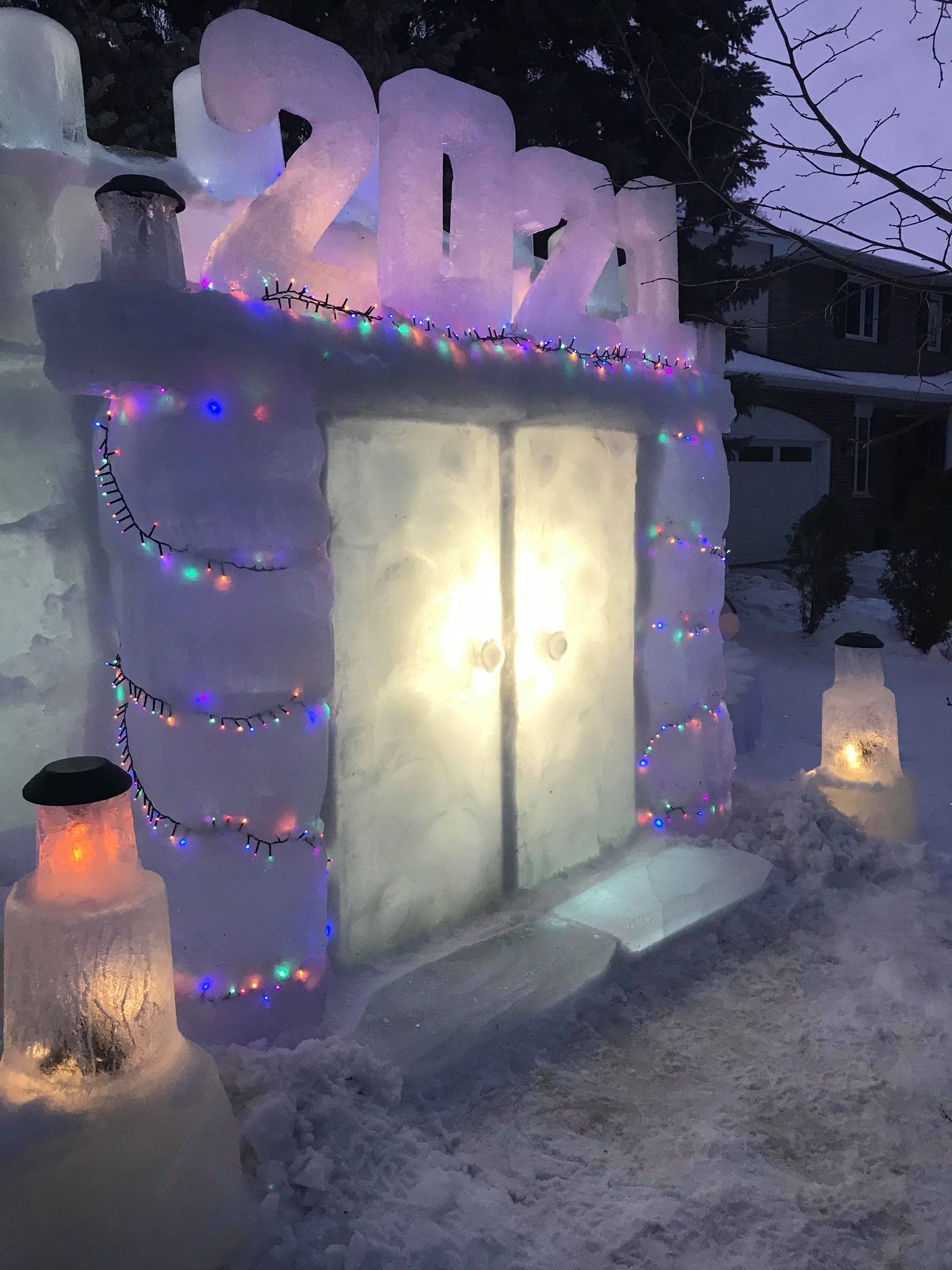 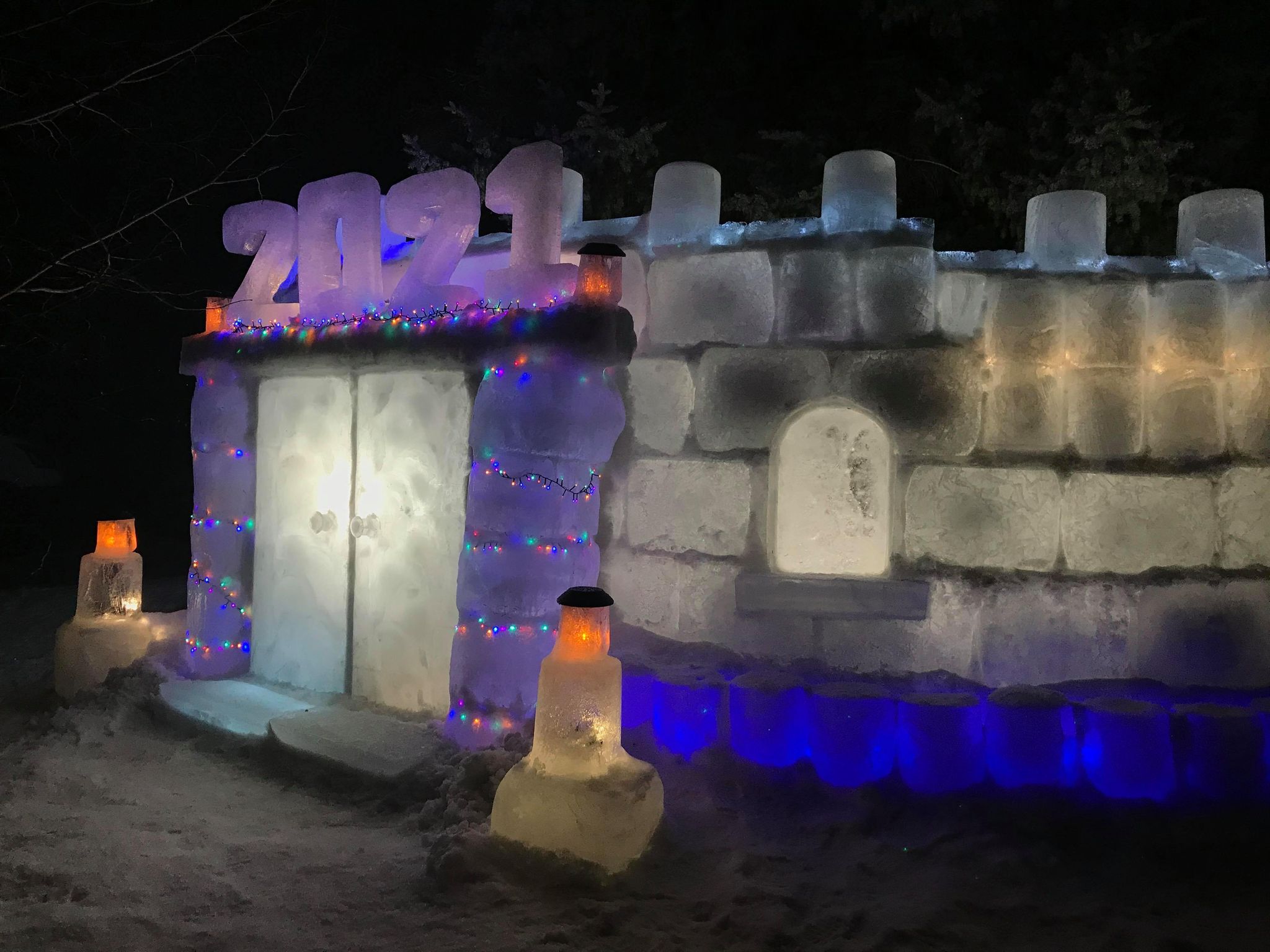 'The smoke detectors woke us up and saved our lives'